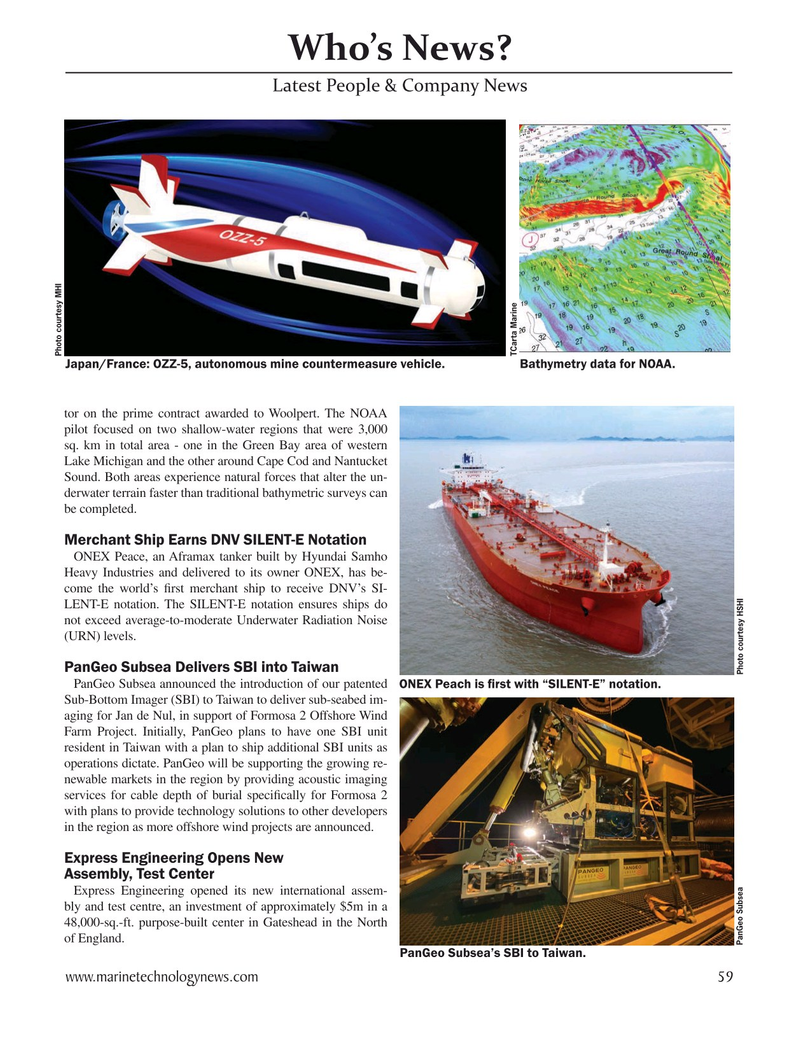 tor on the prime contract awarded to Woolpert. The NOAA pilot focused on two shallow-water regions that were 3,000 sq. km in total area - one in the Green Bay area of western

Lake Michigan and the other around Cape Cod and Nantucket

Sound. Both areas experience natural forces that alter the un- derwater terrain faster than traditional bathymetric surveys can be completed.

Heavy Industries and delivered to its owner ONEX, has be- come the world’s ? rst merchant ship to receive DNV’s SI-

PanGeo Subsea announced the introduction of our patented ONEX Peach is ? rst with “SILENT-E” notation.

Farm Project. Initially, PanGeo plans to have one SBI unit resident in Taiwan with a plan to ship additional SBI units as operations dictate. PanGeo will be supporting the growing re- newable markets in the region by providing acoustic imaging services for cable depth of burial speci? cally for Formosa 2 with plans to provide technology solutions to other developers in the region as more offshore wind projects are announced.

Express Engineering opened its new international assem- bly and test centre, an investment of approximately $5m in a 48,000-sq.-ft. purpose-built center in Gateshead in the North of England.